Victims First has launched a campaign with national charity Crimestoppers to raise awareness of domestic abuse and the support available to victims.

In response to the increased risk of domestic abuse during lockdown, the joint campaign aims to raise awareness of Crimestoppers’ anonymous reporting service for people who are concerned about others and to signpost victims of domestic abuse themselves to Victims First for emotional and practical support. 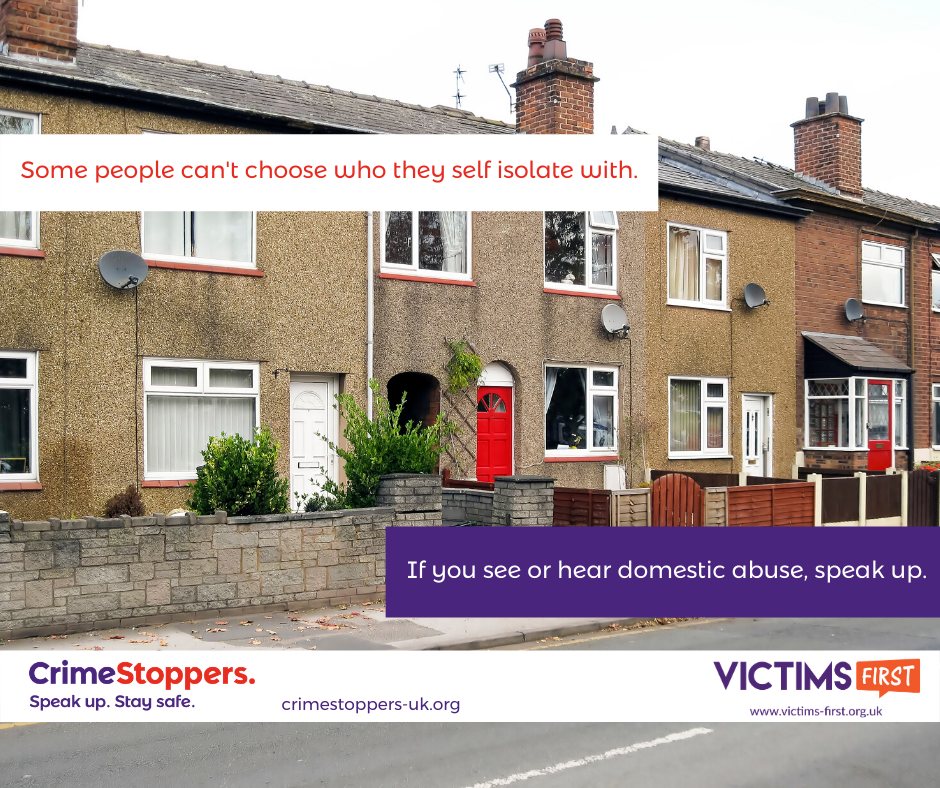 Matthew Barber, Deputy Police and Crime Commissioner said: “We know that the lockdown measures put in place due to COVID-19 have increased the risk for people in abusive relationships.  While some restrictions are now easing, many victims will still be living with their abusers.  Some people may not feel comfortable reporting to the police so we hope this campaign will help by raising awareness within communities on how to report domestic abuse anonymously to Crimestoppers, and by helping victims themselves reach out for support through our service, Victims First.”

Annabelle Goodenough, Crimestoppers South East regional manager commented: “It is shocking to think that even in normal times, two women a week are killed by a former or current partner. This is a serious crime, and victims feel trapped, alone and powerless. They are often too scared or vulnerable to seek help or speak out. This is where we, as a community, can step forward and speak out about any concerns.’

Anyone can be a victim of domestic abuse, regardless of gender, age, ethnicity, socio-economic status, sexuality or background.  The campaign consisting of radio and social media advertising is aimed at anyone affected and will run across the Thames Valley.

Victims First is managed by the Office of the Police and Crime Commissioner for Thames Valley and anyone affected by domestic abuse can access support through Victims First on 0300 1234 148 or online at www.victims-first.org.uk.

Anyone concerned that someone else is experiencing domestic abuse, can report it to Crimestoppers anonymously on 0800 555 111 or visit https://crimestoppers-uk.org/keeping-safe/personal-safety/domestic-abuse.   In an emergency always call 999.